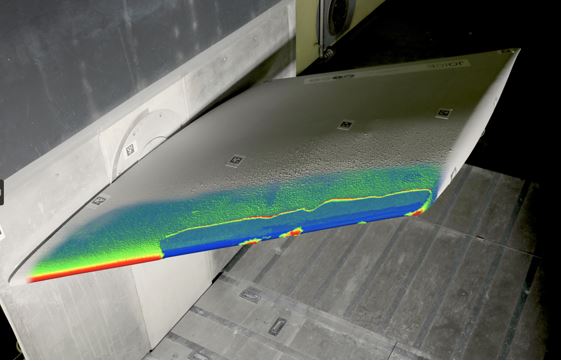 The annual JOICE advisory board meeting took place online. After a short introduction, a brief recap of the JOICE work packages and time schedule was given. An overview of the work progress was presented by the consortium, which was followed by three more detailed presentations. Those were:

The JOICE consortium met at the Rail Tec Arsenal in Vienna to do an internal review of the performed work within each of the project work packages. Upcoming tasks and activities were discussed to coordinate the joint effort. Also, potential JOICE publications for the SAE icing conference 2023 were a subject.

The SAE AC-9C meeting was held in Belfast, Ireland from 19-21 September 2022. Members of the JOICE consortium and the Austrian Icing Community were participating in the meeting and discussing latest research results and icing related aviation standards with international experts. 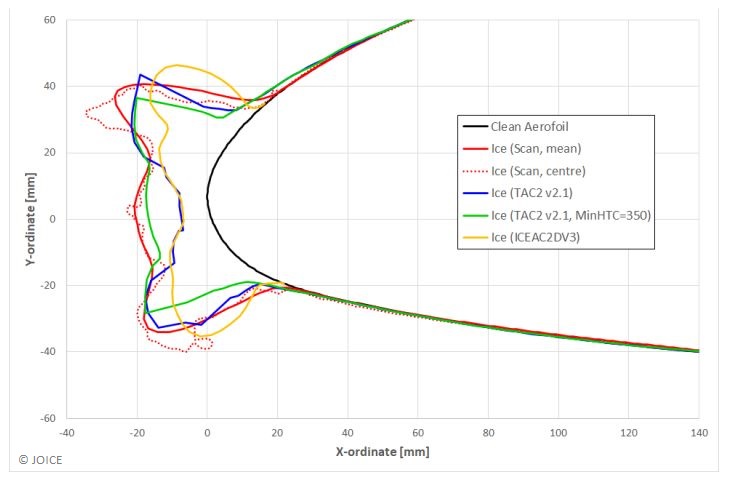 A joint paper was published at the AIAA Aviation Forum 2022 as part of project JOICE. The paper provides information on the generation of validation data for electrothermal ice protection system numerical tools, based on testing on a 2D wing section at the RTA test facility in Vienna. Updates to the RTA calibration capability are provided, including for the Freezing Rain, MVD > 40 microns regime. Latest developments in ice shape scanning and post-processing are shown, including for runback ice generated from heated cases. Some preliminary comparisons to the measured data are provided using different simulation tools, including unheated ice shapes. DOI: https://doi.org/10.2514/6.2022-3457

The AIAA Aviation Forum 2022 is taking place in Chicago, IL from June 27 to July 1 and members of the JOICE consortium are at the event. Get in touch if you would like to meet and exchange about the project.

From 4-6 April 2022 the SAE Aircraft Icing Technology Committee was held in San Diego, USA. One of the plenary sessions at the SAE AC9C meeting featured an update about the ongoing Austrian R&D projects. As part of this, the progress made in JOICE was presented.

The project partners held a meeting and provided an update about the conducted activities and tasks. One key aspect in the meeting was to review the successfully performed icing tests with the 3d wing. Furthermore, the upcoming project work was discussed to coordinate the next steps.

During the icing tests with the 3D wing mockup a newly developed prototype of a 4D scanning system for the documentation of ice accretion processes was tested for the first time in a representative environment. The system, which combines various methods and techniques from 3D scanning and imaging, enables the time-resolved documentation of the ice accretion process on aircraft structures. This is a novelty, as it provides detailed insights into the complexities of icing processes from a new perspective.

At the beginning of 2022 the icing tests with the 3D wing mockup were carried out at RTA in Vienna. The mock-up, a wingtip section of the NASA CRM65 with a span of 1.5 meters, was provided by AIIS and included an electrothermal ice protection system from ATT. The icing tests were a success and valuable validation data could be generated. The test conditions were derived from Appendix C and Appendix O icing conditions according to Certification Specifications for Large Aeroplanes (CS-25) by EASA. Icing was performed at velocities up to 50 m/s and temperatures as low as -20°C.

02 December 2021
Consortia Meeting with Advisory Board

After the first year of project JOICE the project partners and the advisory board held a virtual meeting to review the progress made and to discuss the next planned activities.

On November 22, 2021 the Austrian Government announced a nation wide lockdown due to increasing COVID cases. For this reason, the for December planned icing tests with the 3D wing mockup have been rescheduled for January 2022. The JOICE consortium is looking forward to the tests!

On November 25, 2021 a talk by Prof. Yee Kwanjung from the Seoul National University (SNU) about the phenomena of aircraft icing was held in front of an international audience. The activities of SNU and its Aerospace Vehicle Design Laboratory (AVDL) were presented. SNU is a project partner in JOICE and contributes to the development and implementation of numerical methods. The AVDL has been investigating various research subjects in the field of numerical simulation, such as aircraft/high-speed train icing, helicopter aerodynamics, and multi-discipline design optimization. 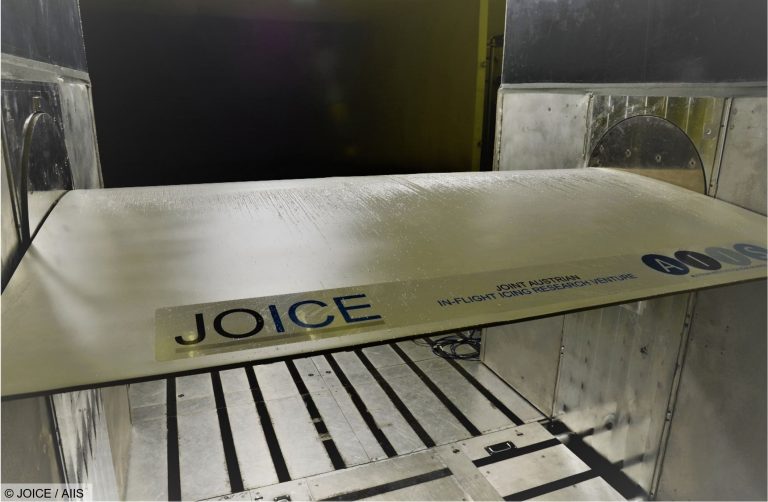 The first icing tests with the 2D wing mockup were conducted in the large icing wind tunnel at Rail Tec Arsenal in Vienna in September 2021. The test conditions were derived from Appendix C and Appendix O icing conditions according to Certification Specifications for Large Aeroplanes (CS-25) by EASA. Icing was performed at velocities up to 80 m/s and temperatures as low as -20°C. The experimental investigation was a great success. Validation data for different icing conditions without heating (unprotected) and with heating (anti-ice system) for the tested specimen were generated. The ice accretion was also documented by means of 3D laser scanning. 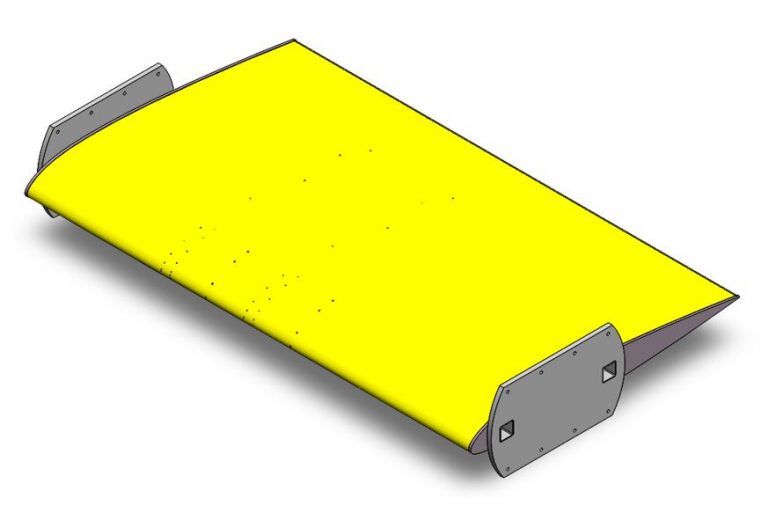 The 2D and 3D wing mockup are being manufactured for the icing tests at Rail Tec Arsenal and will be finished according to schedule. Both mockups have integrated instrumentation for the measurement of pressure and temperature on various pre-defined positions on the wing. Furthermore, a heating system is embedded in the leading edge of each wing mockup, which is divided into separate zones. Each zone can be controlled and activated individually. As a result, many different test setups can be tested with the mockups. 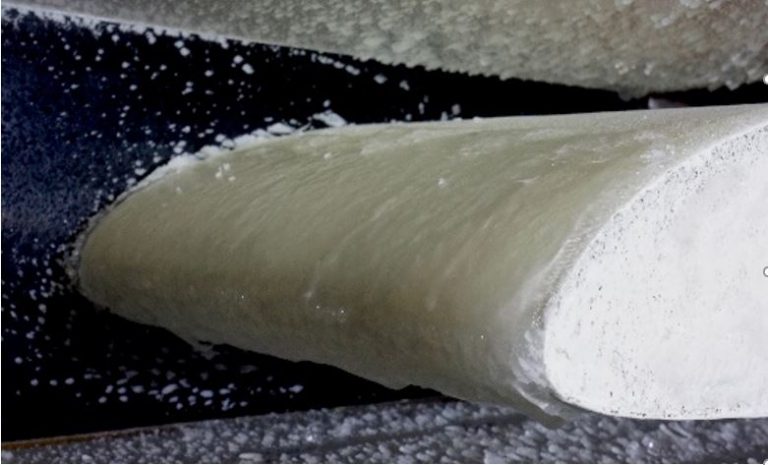 One of the main goals of JOICE is the improvement of simulation tools for icing and the generation of validation data. Therefore, a series of icing tests was performed at the icing wind tunnel of FH JOANNEUM with a small scale NACA 23012 airfoil section. The airfoil section was exposed to different icing conditions during the experimental tests, which resulted in glaze and rime ice accretion. The final ice accretion was documented by means of 3D laser scanning and with photographs. The experimental results were compared to results obtained with simulations of various icing codes 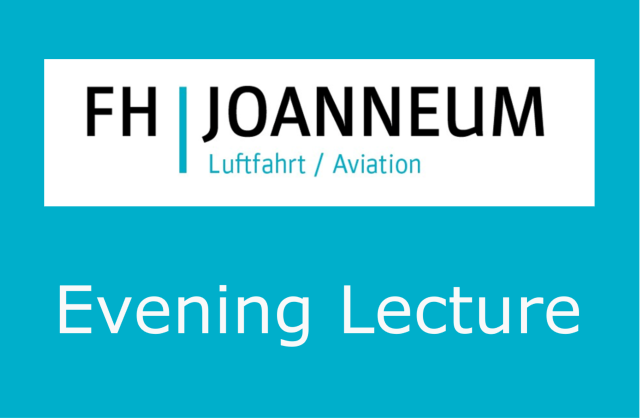 At the Institute of Aviation of the FH JOANNEUM University of Applied Sciences in Graz an evening lecture was held on 8th of June 2021. After a general introduction to the phenomena of in-flight icing, project JOICE was presented, following an interesting discussion and exchange of experiences with in-flight icing. About 50 persons attended the evening lecture.

From 19 to 23 of April 2021 the SAE AC-9C Aircraft Icing Technology Committee meeting was held. SAE is a worldwide active association and standards developing organization for engineering professionals  in various industries. The AC-9C Committee is focusing on developing standards and recommended practices in the area of aircraft icing. As part of the meeting, project JOICE was presented to the committee of international experts.

Dowty Propellers, one of the world's leading manufacturers for integrated propeller systems, joins project JOICE as advisory board member.

The scope of the project and the planned research and development work was presented to the international advisory board.

The official kick-off meeting with all involved project partners was held and the upcoming project work reviewed. It was a succesful launch of the three year long project.

We use cookies on our website to give you the most relevant experience by remembering your preferences and repeat visits. By clicking “Accept”, you consent to the use of ALL the cookies.
Cookie settingsACCEPT
Manage consent

This website uses cookies to improve your experience while you navigate through the website. Out of these, the cookies that are categorized as necessary are stored on your browser as they are essential for the working of basic functionalities of the website. We also use third-party cookies that help us analyze and understand how you use this website. These cookies will be stored in your browser only with your consent. You also have the option to opt-out of these cookies. But opting out of some of these cookies may affect your browsing experience.
Necessary Always Enabled
Necessary cookies are absolutely essential for the website to function properly. These cookies ensure basic functionalities and security features of the website, anonymously.
Functional
Functional cookies help to perform certain functionalities like sharing the content of the website on social media platforms, collect feedbacks, and other third-party features.
Performance
Performance cookies are used to understand and analyze the key performance indexes of the website which helps in delivering a better user experience for the visitors.
Analytics
Analytical cookies are used to understand how visitors interact with the website. These cookies help provide information on metrics the number of visitors, bounce rate, traffic source, etc.
Others
Other uncategorized cookies are those that are being analyzed and have not been classified into a category as yet.
SAVE & ACCEPT
Powered by